The Poetic Beauty of the Western Cape Pezula Golf Club is celebrating its 20th anniversary this year and, being fully aware of the serendipitous timing of celebrating 20 magnificent golfing years in 2020, we decided to chat to Max Redman with input from Pezula Golf Club GM and resident pro, Francois De Lange, about the past 20 years at the club.

This year, the club is celebrating its anniversary with an amazing competition: they’re giving away 20 free memberships to 20 lucky people. For more information on that, check out the details here.

This is an interesting question, because there were many problems around the time in terms of construction due to environmental issues. While Sparrebosch (Pezula’s name previously) was in planning stages, Simola – then owned by Ola Grinakker – had started construction. As with all golf course development, earthworks are completed on all 18 holes then once completed, seeding, irrigation, cart paths and bunker construction takes place.

During the construction of Simola, Knysna experienced heavy flooding and the entire golf course was washed away with tons of bare soil ending up in the river below Simola. Because of this, Sparrebosch was only allowed to be constructed three holes at a time! So the 1st, 2nd and 3rd holes were built, then seeded. Once the seed took and there was no risk of washing away, the next three were constructed. By the time the 7th, 8th and 9th were under construction we were playing 3 hole tournaments from 1 to 3 six times!

Construction started in early 1998 and finished soon before August 2000 and, unfortunately, at a much higher cost than originally planned because of the environmental restrictions. 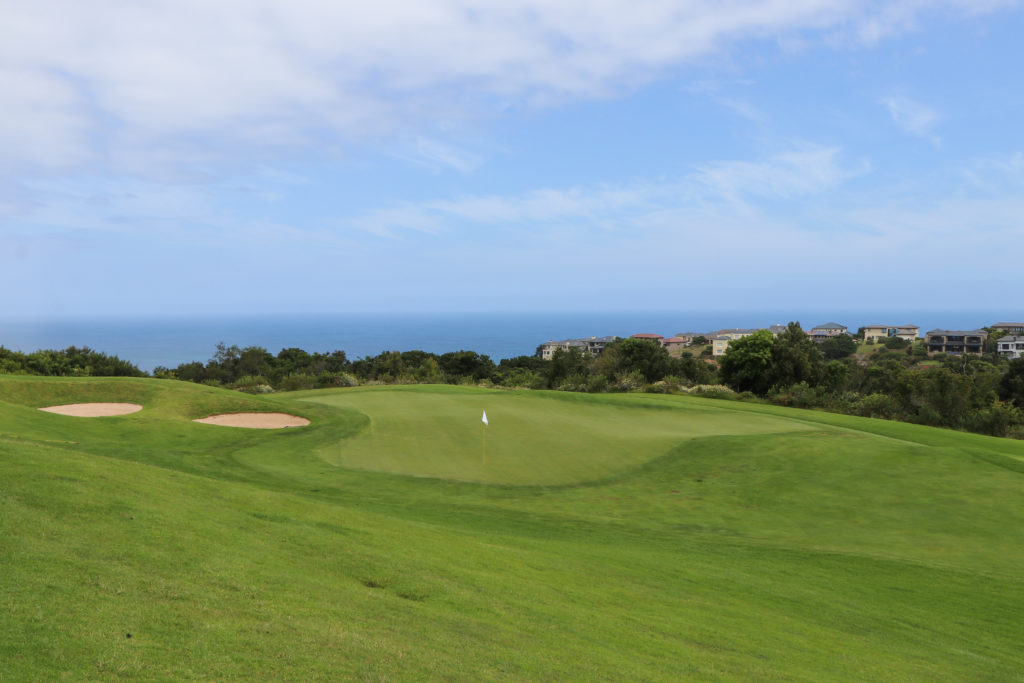 Jake Redman! Haha, no: Francois De Lange! Only joking! I would have to say probably Gary Player and Ernie Els. Jack Nicklaus flew over while he busy at Simola, but never came to play Sparrebosch unfortunately.

The only changes really over the years has been the addition by Keith Stewart of the members lounge and corporate offices below. This area was all brick paved parking for the fleet of golf carts which you’ll find in the car park above now. Very much so! The architect who got the contract to build the golf course was an incredible man called Ronald Fream, who started a company called Golfplan back in the 70’s. He has built over 150 golf courses worldwide in over 60 countries. I spent many hours walking Sparrebosch with him, and I will never forget how surprised I was when I asked him what his handicap was: He replied “I don’t play golf” to which I said how can you design golf courses and not play golf? He said: “I know how to make grass grow”.

Ronald Fream was an expert at building courses in environmentally sensitive areas around the world. His main aim was to have a course that, when you played each hole, that it was the only hole you saw. Every hole was to be played like it was the only hole!

To explain further, many folks don’t realize this, but if you stand on the 10th tee and look across to the 11th tee (remember around this time there were no trees or bushes anywhere) the level of the 11th tee was at eye level when standing on the tenth tee. In other words, you did not see the 11th while starting out on 10th.

Many people don’t enjoy the 1st hole because it is a tough opening hole, but it was the environmentalists who designed that hole. Even the 12th hole had a natural stream running down the middle of the fairway and you either went left or right of this. Thankfully, sanity prevailed and it was covered up with construction pipes feeding the water below the fairway down to the 13th today.

Ron was very sad to not have gotten the job to do Pinnacle Point. He showed me a great design but the developers went with someone else due to cost restraints I believe. There was not a lot of earth movement other than the dam on the 2nd hole. He used the land as he saw it then used the right grasses to withstand the weather conditions throughout the year.

Today, we have a golf course that flows on the eastern heads of Knysna a lot like the courses built on the links land, as if it was moulded into the landscape. 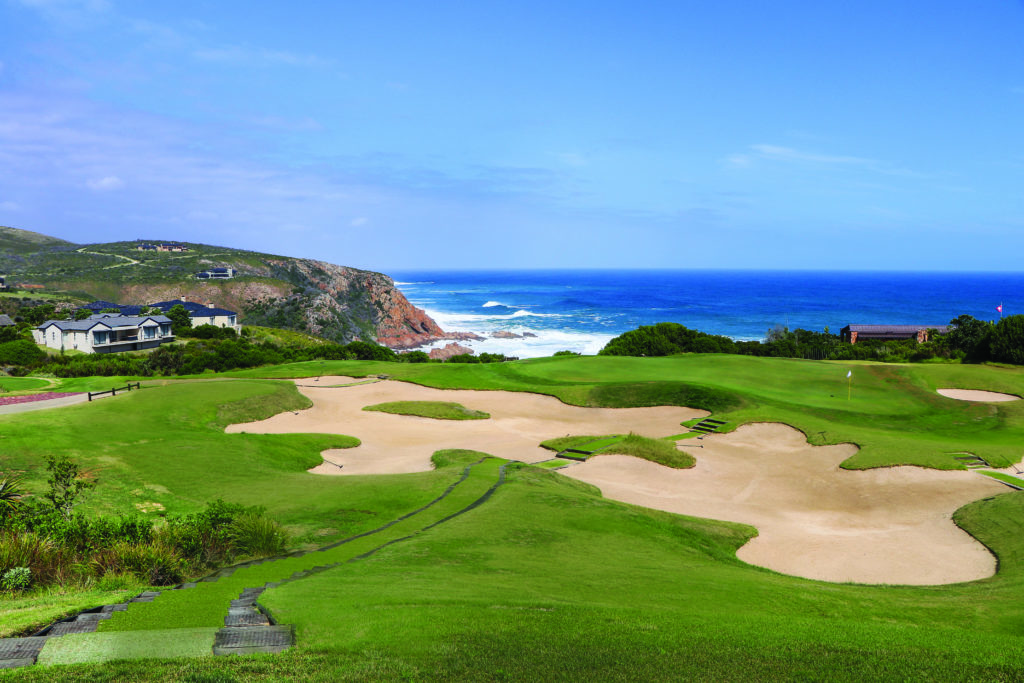 The original developer, PK Development, is a Thai man called Premchai Karnasuta, the son of Chaijuda Karnasuta from Italian-Thai Development. Premchai had an investment banker called Stanley Wang, who worked for Goldman Sachs in Singapore. Stanley came to South Africa on honeymoon in 1996, and travelled through Knysna and fell in love with the town. He ended up buying a stand on the Heads.

While making this property purchase through a local agent, Charmain Pallent, he was shown the Sparrebosch property – 350 hectares for development. Stanley went back to Asia and spoke with Premchai about our beautiful Knysna. They both flew out to South Africa and Prem very smartly made Stanley an interesting offer: I’ll buy it if you resign from Goldman Sachs and come work for me!

Next thing, Stanley and his wife Bonnie were building a beautiful home in Nettle Avenue in Camps Bay, overlooking all 4 beaches, and construction began on the eastern Head in Knysna.

The golf course was always going to become owned and run by the homeowners once it started to break even. The last property was sold around 2005, and the course was almost at breakeven point at this time. The Wangs were ready to leave South Africa and move on – and then a new man rode into town.

This is the condensed history, but by 2004 Keith Stewart arrived in town and bought the land east of Sparrebosch, which today is Pezula Private Estate. He bought the golf course from the homeowners in a deal put together by Stanley Wang, and suddenly we became Pezula Golf Course at Sparrebosch.

The highlight for us all was when we bought back the golf course from Keith and now today it is owned and run by the homeowners association of Pezula Golf Estate. 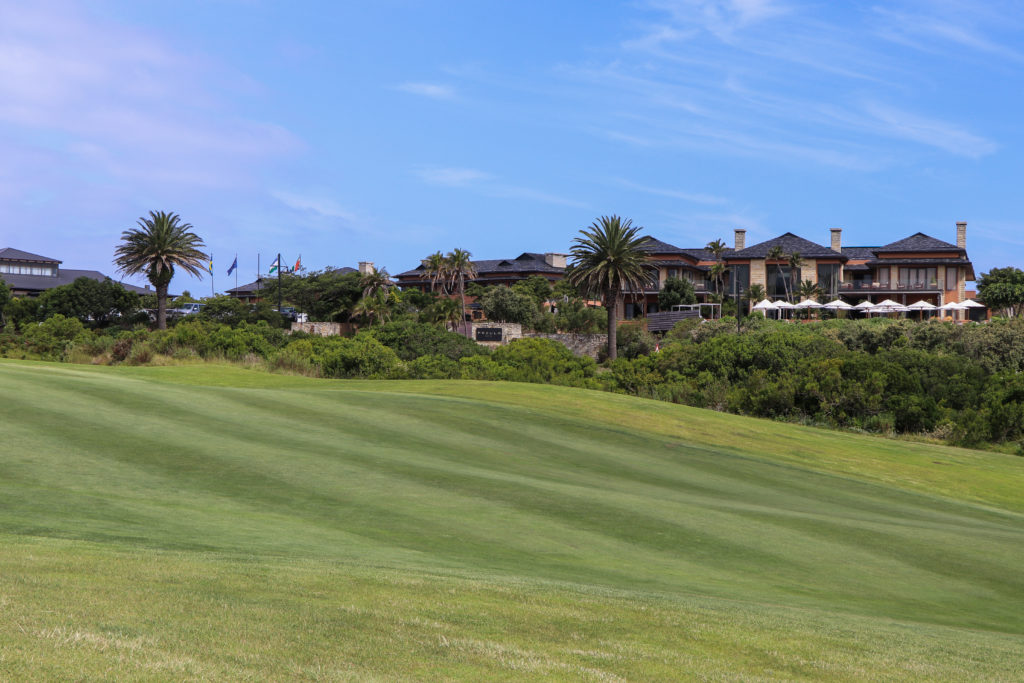 Ownership. And thankfully only cosmetic bunker changes plus getting rid of Kikuyu. I am very against any changes to the golf course, of any kind. Our job is to hand it over to the next generation in the same – if not better – condition. 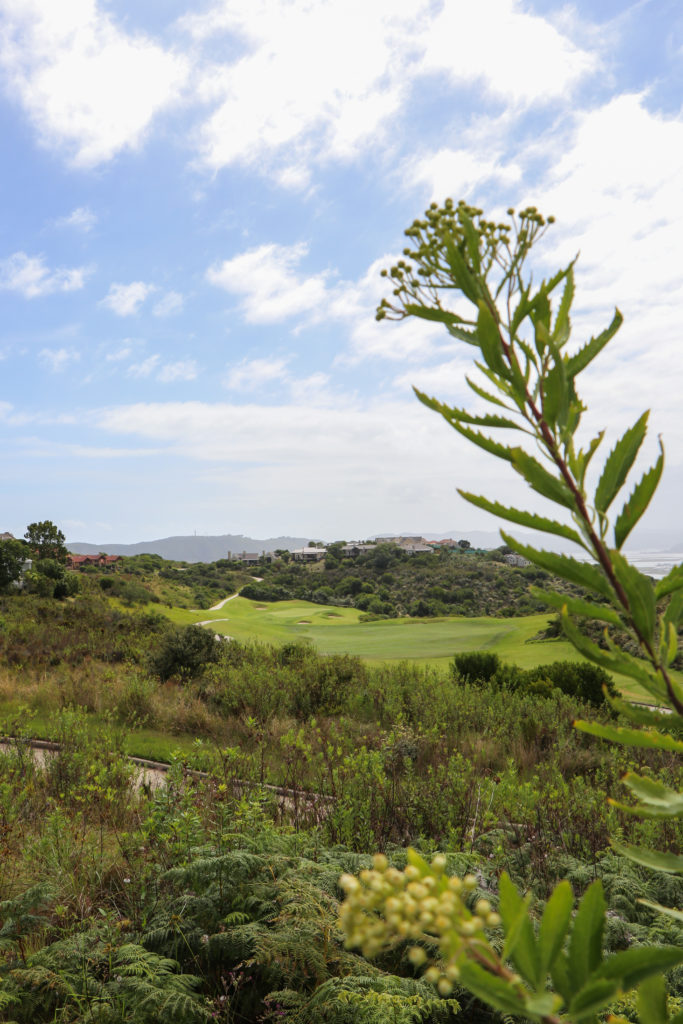 Currently, Pezula Golf Estate is close to 70% completed from a residential construction point of view. There are 420 properties in total. Once the estate is fully developed, there will be a community that will feel more complete. From a club point of view, this is important as we have a vibe within the club that is becoming more and more like Knysna GC – which is fantastic! The Poetic Beauty of the Western Cape

Any cookies that may not be particularly necessary for the website to function and is used specifically to collect user personal data via analytics, ads, other embedded contents are termed as non-necessary cookies. It is mandatory to procure user consent prior to running these cookies on your website.